We're an affiliate. If you use our partner links we may earn a commsission from sales at no extra cost to you. Thank you! Read the full disclosure here.

Can Games Be Enjoyed on The Road?

Do truck drivers play video games? If you’re a truck driver, this is probably a no-brainer. Absolutely! Not only do truckers like gaming, they also love gaming consoles that are preferential to their sleeper setup. While every modern console is more than capable of being played in the sleeper, there are a few with some clear advantages when it comes to gaming during travel.

It might be more obvious with some than others, such as the route that Nintendo has been going with their handheld Nintendo Switch. But that doesn’t leave out the other big three, either. Read below to find out more about gaming while trucking, then choose the console that’s applicable to what you favor most. Let’s begin!

Yes. Some truck drivers have taken the time to install extra equipment in their vehicles in order to play either online or on their chosen gaming platform. PC’s, Xbox and the Sony Playstation are often used because of portability.

Do Truck Drivers Have Time for Video Games?

Truckers have time to play games whether they are off duty or in the sleeper while team driving. But don’t let gaming get in the way of your job!

How much time per day do they have to play?

Truck drivers have as much time for video games as anyone else that enjoys playing them. When not in transit and taking a break from driving, truck drivers need time to relax. It’s unfeasible to be behind the wheel for hours on end without taking a break.

By DOT rules, truck drivers must break  after a 14-hour time period has passed. While they can remain on duty, driving is not permitted again until ten hours have passed since the last on-duty/driving period is finished.

Where Do Truckers Spend Their Leisure Time?

As you may know, most commercial vehicles or 18-wheelers have an area directly behind the driver’s seat. These are known as sleepers, or sleeper berths in the DOT rules. In them, all manner of items can be brought along. The important thing is whether or not the sleeper has adequate space for the driver’s leisure and entertainment preferences in addition to basic items.

Some sleepers have ample room for television sets, while others could be small enough to warrant a portable gaming monitor similar to Gaems Sentinel Pro (amazon link) that works with both xbox and playstation .

These can be bought as one unit, or even built by hand if your super techy. However, most trucks should be sufficiently large enough to install a small flat screen. This provided there exists the correct bracketing, sizes could go as high a 42 inches for many. If you’re a company driver, you’ll want to make sure you get permission before you start punching holes.

There are a lot of different gaming console and pc setups out there. Here’s just a few ideas.

What setup do truckers need?

Truck sleepers typically have all the necessities that drivers need for them to be comfortable in their living space. Still, it’s suggested that all walls of the sleeper be checked for outlets. Chances are you may not really have any which means you’ll have to find one of the best power inverters to supply additional power.

Unlike automobiles, a lot of trucks contain outlets that are compatible with AC adapters. If an outlet is too far away from where the TV and console will be placed, an extension cable is recommended.

However, it’s imperative that care be taken to avoid a daisy chain. Running too many extension cables into one outlet can increase the risk of fire. This shouldn’t be an issue, since modern consoles tend to have long AC cables and consume less energy than consoles of the past.

A table or platform of some sort is required to set the console and any games in a place where they won’t be damaged. This could be built by hand, or purchased. Sizing and weight are heavily dependent on the sleepers’ living space.

To increase the replay value of most games, a lot of them tend to have multiplayer options. You won’t be able to play your family, friends, or random playing online without an internet connection. There are a couple of ways that truckers can get a connection. The most convenient are 3G, 4G, satellite, and DSL connections. Depending on carrier terms of service, 3G and 4G might not be sufficient in speed for multiplayer video games. In this case, the best option would be satellites.

Gaming is no longer an activity that can only be enjoyed in the living room of one’s home. Setup and fast, and gaming consoles are more than capable of delivering entertainment to people that are on the road. Whether it be an automobile or an 18-wheeler, consoles today are eco-friendly, lightweight, and require fewer wires to set up than their older models used to. With this in mind, truckers have it particularly good.

Most sleeper berths meet the requirement to harbor numerous electronic devices. Take a look at what some truckers have done to their sleeper areas online. There are workers out there that literally maintain mini-apartments in the back of their trucks. While the average trucker probably won’t have the time to go all out in this manner, the console franchises shown below have systems that are good for the largest and the smallest sleeper berths.

Here are some video game platforms that over the road truckers use:

There are a few advantages to PC gaming. The first is the number of games available. A lot of the video games being released on consoles are oftentimes available on PC as well. Another is fewer items needed for gaming.

Since a lot of truckers already possess a laptop or PC, there won’t be a need for buying an additional console as long as the computer has enough RAM to handle the games being played. Lastly, PC games are abundant, and there are loads of games, both free and paid, for truckers to try. Streaming is also easy to do over PC.

Again, the important thing is that the PC is powerful enough to handle media, and upgrades to the computer’s HDD and other drivers shouldn’t be left out of the question, either.

Microsoft’s Xbox console debuted in 2001. Since that time, the console has become a very successful franchise, showcasing good releases that have become a staple in the industry. Master Chief, the main protagonist in Halo, is nearly as big a household name as Mario or Sonic the Hedgehog. Xbox has a large catalog of downloadable games through Xbox Live, and has just released its newest console, the Series X.

The Sony PlayStation is a favorite among gamers, both casual and hardcore. For truckers, games are downloadable through the PlayStation Store. This has been an optional thing for users since the PS3. Now that the PS5 has been released, there are two options for purchase. The best for truckers would be the smaller console that’s incompatible with discs.

That is, if there’s a stable internet connection. The other is the console that takes both discs and can download games to the PlayStation Store. While there are lots of great games on the console, the newest model is quite large, about the size of a modern PC.

Truckers will need to ensure that there is adequate space in their sleeper before putting down on the PS5. Regardless, it’s highly recommended.

For old school gamers on the road for living, Nintendo has made some major alterations to their classic consoles, with their most memorable games being available for play on the Nintendo Switch. But for truckers that want a bit of nostalgia, the NES (Nintendo Entertainment System) has wireless options for people that want to relive the glory days of their youth in their off-duty hours.

Simulation games are a fun way to entertain oneself, and that also goes for truckers in their free time. The Sims is probably one of the most popular, but there are others related to the field of trucking. The Hard Truck franchise is one play to start in this sub genre, another is American Truck Simulator. The latter two are advanced enough to give players a similar look and feel to being a truck driver behind the wheel, in real time.

For the more adventurous, Euro Truck Simulator 2 is another great sim trucking game. As the title of the game implies, it involves truck driving across the European continent. While it is similar to American trucking in a lot of ways, there are some notable differences. The most obvious to an American would be use of the metric system. Since the US isn’t on the metric system, players would have to become familiarized with different units of measurement than miles, such as kilometers.

Video games have come a long way since the days of the Atari. Technology has advanced to the point where consoles and pc’s are scaled down for  truck drivers to be able to play video games in their vehicles.

There have been lots of great consoles produced since that time, with some of the biggest involving Nintendo, PlayStation, Xbox, and the Sega Genesis. But what older consoles lacked, new ones have greatly improved on. For example, wireless controllers have become a staple.

Even the games themselves can be downloaded instead of inconveniencing users by forcing them to haul around hordes of Blu-Rays and CDs. For truckers, these are important things to remember when choosing which console is best for your vehicle. 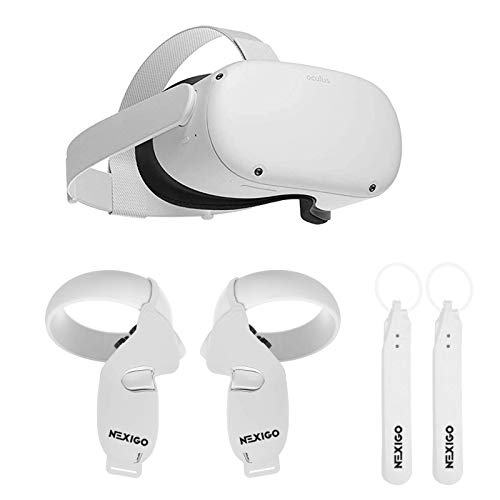